1973: I met Mr Ken Hayward through Jean Cassar and he invited me to join the club which was held in a shed in a public house in Gun Lane, Strood. This pub has now been pulled down. The club at that time was called BSL (British Sisalcraft Ltd). British Sisalcraft was a factory which manufactured cardboard boxes and the photographic club was part of their social club. The factory gave some money to the club and the rest was club members putting their hands in their pockets and paying the landlord of the pub for the night. At this time it was £3 per evening. The club consisted of 5 members – Ken an outsider, Arthur who was a foreman at the factory, Ron a worker at the factory, John an outsider, and myself. For me it was only one night in the shed as the club moved to another public house in Station Road. It was here that the club took off. The venue we had here was dark and dingy and full of buffalo heads on the wall. It was used by the Buffalo Club! In those days winter was winter and when it was cold it was bitter. The landlord would light a “Valor” heater (paraffin) to warm the room. He lit it when we arrived and it was only at the end of the meeting that it started to get warm. What a joke! The cost for the evening was £5 and the 5 of us contributed.

When I joined the club Ken Hayward had some slides and prints, and he showed these regularly each week. Arthur did the same. Ron would talk about trains and John would go on about unions. I told them that I joined the club to learn and to talk about photography. They then asked me to arrange a programme, so I compiled a 3 month programme to include taking pictures with competitions to follow, talking about cameras and how they work etc. I asked if anyone had any lights and they produced some big lamps (not tungsten). You can imagine the results! They were very orange and not good at all. By the way: we had no backdrops so our background was the heads of the buffalos on the wall. What a laugh!

The next thing I remember is a man called Alan Savage. He said he had heard of us and that he would like to join. We had a shooting evening and when he took photos he looked so professional and seemed to know a lot about photography. We had a good laugh when we found out that he knew absolutely

nothing about cameras and did not even know what “depth of field” meant. However, he was very keen and he learned very quickly.

We felt at this time that we needed new members and we really needed a new venue. Ron knew the landlord of “The Rose” in Cecil Road, Rochester and we were able to use a big room upstairs which was used for functions. There was a bar in the corner. It was ideal for us. We had our first meeting and it went well. However one of our members picked up a calculator which was on the bar. He thought it was a piece of photographic equipment and rather than it be lost he took it home with him until the next meeting. When we went back to “The Rose”, the landlord was waiting for us and called us thieves because we had taken his calculator. However, shortly after Ron explained to the landlord what had happened, and all was forgiven. We remained at “The Rose”. Shortly thereafter the landlord left and another took over. His name was Kevin and was a real gentleman. He became quite a friend to all our members and even knew their birthdays. We had a brilliant time at “The Rose”. We put some card in Medway Photo Centre in Gillingham (run by Wally Reeves). Very soon after I had a knock at my door and it was Jack Howes. He worked in the factory next door to British Sisalcraft called Burnett and Rolfe and he asked if he and 18 other people could join our club. I was absolutely delighted and welcomed them with open arms. It was at this time that we established a proper committee and programme. We became very lucky with money at this time. Arthur, foreman at BSL used to collect the ends of the rolls of silver linings for the boxes and sell the silver and donate it to the club. This realised the princely sum of £600.

We were the richest club in Medway. Another big change happened shortly thereafter in that British Sisalcraft informed us that as most of the photographic members were not employees of the firm we would have to change our name. After deliberation within the club Reflex Photographic Club was born. We were very happy indeed at “The Rose” until the Fire Brigade called one day and informed the landlord that the room we were in was not safe for 40 people and so we sadly had to leave.

Our next venue was the Chatham Working Man’s Club and we remained there for about a year until unfortunately the Club closed down. Through a mutual contact we were able to have a room at Buckmore Park. It was a very good venue, had central heating and a brilliant car park. Our luck, however, ran out again as Buckmore Park went broke and we had a bit of a panic getting our

equipment out before it finally closed for good. We were now desperate to find a club room, and we asked the vicar of St. Augustine’s Church, Gillingham if we could use their church hall. He was happy to oblige and we were there for a short while as the venue was very small. After this we secured a room at Chatham Town Hall. I say a room, it was actually the cellar. It had no windows, and when it rained it flooded and our meeting had to be cancelled. It was quite creepy and when there was tap dancing going on in the room above you can imagine the noise. Very difficult to hear the judge. We were, however, there for some considerable time and got used to it I suppose. Our next venue was Age Concern, Gillingham and we were lucky to go there through John Amey who was Chairman at the time. We were very happy indeed there, but this came to an end when John finished his time as Chairman, and the new Committee did not want us to continue.

Onwards and upwards we then went to Byron School Primary School Gillingham. Brigita Amey was kind enough to secure this venue for us. Unfortunately with it being a school for young children, the chairs were extremely small and it all became quite uncomfortable as you can imagine. We were all very low to the ground!! Again Brigita kindly helped us out again and secured a venue at Rainham Girls School. This place was brilliant and we were very happy and remained there for a long time. Gradually our membership dropped and we were financially unable to remain, and we had to find somewhere asking less rent. Through Sid Kingman we then went to Starmeadow Sports Club, Gillingham. It seemed ideal at first as they agreed that we would have access to a cupboard for equipment, and we could erect a notice board on the wall. This did not happen, and we found that the car park, although large, was always full, and we had to park on the road, sometimes a fair way away, so all in all it did not prove very good at all. Also we had to change the day of the week for the club and this meant we lost a few members to our dismay. Rainham Girls School was approached and they kindly agreed to have us back at a lower rent. This was wonderful and we have now gone back to meeting on a Thursday which seems to suit everyone. We are all very happy about this, and they have even agreed for us to house our equipment there. It could not be better. The club can now only go from strength to strength.

I hope you enjoyed reading the history of this wonderful club and I hope it will go on forever. 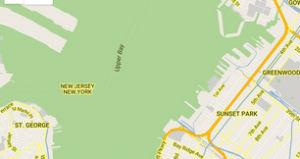